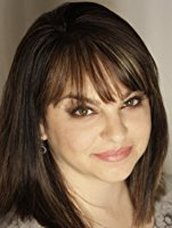 Gina L. Maxwell is a full-time writer, wife, and mother living in the upper Midwest, despite her scathing hatred of snow and cold weather. An avid romance novel addict, she began writing as an alternate way of enjoying the romance stories she loves to read. Her debut novel, Seducing Cinderella, hit both the USA Today and New York Times bestseller lists in less than four weeks, and she’s been living her newfound dream ever since.  When she’s not reading or writing steamy romance novels, she spends her time losing at Scrabble (and every other game) to her high school sweetheart, doing her best to hang out with their teenagers before they fly the coop, and dreaming about her move to sunny Florida once they do. 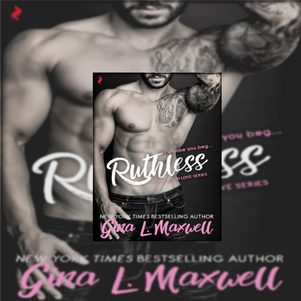 Christa from C.J.Butcher Book Reviews
First of all, thank you so much for taking time out to answer some questions today. Let's jump right in and get started:
​
1. I'm very interested in what motivates you to write the characters that you do...For example, do you have any experience in martial arts?

Hi, Christa! I’m so thrilled to be here. No experience personally, although I did have an MMA fighter as a personal trainer for a couple of months as research. I just really love the sport and watch the UFC all the time.

2. I've always wondered if authors do their research online or hands on...I know all the women would prefer hands on after reading your books.

I’d prefer it, too! LOL But no, aside from the above-mentioned personal training stint, I do all of my research online or by asking questions. I have several people I’ve contacted, sometimes just for a question or two, and in some cases I have people I call “consultants.” I can contact them anytime I have a question and then I’ll often send them pieces of my book as I’m writing to make sure I get it right. This happens the most with my upcoming firefighter series, Boston Heat. (​Hot for the Fireman ​ releases March 27​th​!) The heroes are ex-Army Rangers, current firefighters, and obviously in Boston. Those are three areas I know nothing about! So I have a Boston native, an army sergeant, and a firefighter (three separate people) who help me ​immensely ​ in the areas of their expertise. I wouldn’t be able to write those books without them.

3. What's your motivation when you're researching a book idea and do you ever go "out of the office" for it?

Uhhhh…so I’m the kind of person who does everything back-asswards. Like, ​everything ​ . I don’t do research for a book before I start writing it. I do it ​while ​ I’m writing it. So it’s sporadic and last-minute at best. The motivation is always, “Oh crap, now I need to know about this. Guess I’d better go learn about it!” And no, I don’t ever go out of the living room—I mean, office.
​
4. Where did you get the idea for your current book that's going to be releasing on January 30th?  Are they based on people you know? Where did you get your inspiration for your new book called Ruthless releasing at the end of January?
​
When my publisher said they were opening an erotica line (yes!) and wanted me to write a series for it, I jumped at the chance. It would give me the opportunity to spread my wings and try something new (writing in 1​st​ person-present tense) and I could write the sex as hot as I wanted (again, YES!). So I tried to think of the sexiest, near-taboo premise I could come up with and settled on male strippers. Kind of like Magic Mike—normal, everyday guys with regular daytime jobs—but instead of working in a club, these are the kind who show up to your bachelorette party or can be hired out for one-on-one jobs. The heroes aren’t based on anyone I know personally, but that’s where I rely on my writer’s imagination to fill in all the blanks. ;)

5. Do you find it difficult to have the discipline to sit down and write when there are so many other things you could be doing? For example, if you love to read - there are so many good books out there, how do you not say I'll write later?

For me, the work-life balance is a ​constant struggle. Yes, I love reading, and I love watching movies and my favorite TV shows. I love writing, too, but because it’s my job now (before I was published I did for the love of it when I had time with no deadlines looming) it takes some of the shine off of it. I know I ​should be sitting down to write my 2K words…but look at the pretty book! And my dozen or so shows waiting for me on my DVR! But alas, I have to do the work before I can have the fun.

6. How do you juggle family commitments and everyday life with squeezing in the commitment and discipline it takes to write?

Oh, um…see #5. I don’t juggle well. LOL I have severe ADD and I can’t stay on task for more than a few minutes without moving onto the next thing I need to do, then chastising myself for jumping around before going back to the first thing and then getting distracted by that other thing soon after. Plus keeping track of my husband and two teenagers and our 3 pets and I’m frazzled more often than not. LOL

7. If there was one thing you could impart on someone who wanted to write, what would it be?

Learn, learn, learn, ask for help…and then learn some more. What I mean by that is, there are always ways we can improve. Things we can do better. Even authors who have an entire backlist behind them learn how to write even better than they did before. The first book I wrote was something I worked on as I learned how to write better fiction. I was great with candid, story-telling, journal entry type stuff. But fiction is an entirely different animal. So I read every article and blog post I could find that taught me how to write better. Then I’d hand over my writing to my CPs or betas, and they’d give me suggestions on how to make it even better, and I’d go back and fix things. Then I’d do the process all over again. It took me three years and fourteen major rewrites (and probably over a hundred minor revisions) before I got it to the point where it was good enough to pitch to agents and publishers. It was hard, and often frustrating, but it was so worth it in the end, so don’t give up.

8. How long does it normally take you, from start to finish to complete a book?

If we’re speaking first draft only… My shortest ever was ​Shameless (book 1 in the Playboys in Love series) which I wrote in less than 3 weeks. That was crazy-pants, though, and I never want to do that again. It made the editing process much more difficult for me, which I didn’t like. Normally, I’m a very clean drafter, which means there’s less to fix in edits. Other authors write very quick, messy drafts because they prefer to spend more time fixing it up later. There’s no one way that’s the “right” way, it’s all on what works best for us. But right now I think I’m averaging about 2-3 months per book, though I’m trying to get it down to about 6 weeks. I’m trying to get better at my “process.”

9. Last question and thank you so much for answering these. This is for everyone out there who really wants to know about the men on your covers: If you could pick one "it" guy to be on the cover of one of your books, who would it be?

I absolutely love choosing the perfect person for hero inspiration, and three of the models I’ve chosen have appeared on four of my covers, which is the best thing ever. Oh my gosh, you know this is like asking a mother to pick her favorite child, right? LOL Okay, despite not having any future heroes with long hair, the sexiest man on the planet (in my humble opinion) is Jason Momoa. That man just does it for me on every level. If I thought I could have him on a cover, I would ​write a hero based on his perfect features. *swoony sigh* Thank you so much for having me, Christa! I hope you and your readers will love Roman and Addison from ​Ruthless as much as I do. Ciao!

Please check out the Links below to order the upcoming release of Ruthless by Gina Maxwell. I've also included the Goodreads Link, so you can add it to your shelf. I have read this book and will have my review up as soon as possible, if it's not already up.